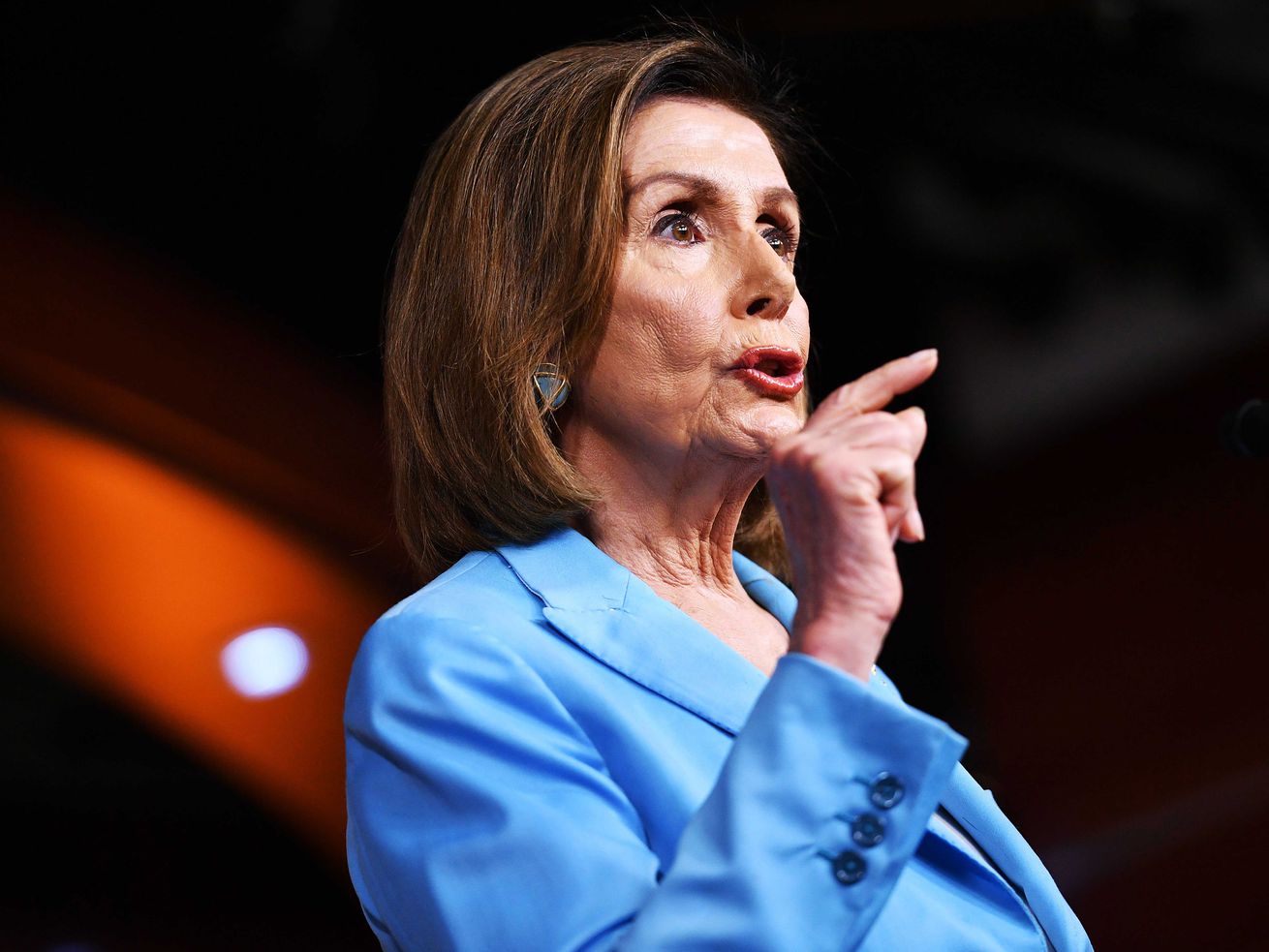 House Speaker Nancy Pelosi speaks during a press conference at the Capitol in Washington, DC, on October 2, 2019. | Mandel Ngan/AFP/Getty Images

“We’re not fooling around here.”

House Democrats subpoenaed the White House for a slew of documents Friday, after the administration refused to voluntarily hand over information related to President Donald Trump’s July 25 call with the president of Ukraine.

The move is part of Democrats’ impeachment inquiry into whether Trump jeopardized national security and used the office of the presidency for personal political gain by asking Ukrainian President Volodymyr Zelensky to dig up dirt on former Vice President Joe Biden and his son. Democrats are examining both this potential interference into the 2020 election as well as the administration’s alleged efforts to cover up their actions.

Even though Congress is technically in the middle of a two-week recess, the subpoenas are a sign Democrats are going full steam ahead with their impeachment inquiry.

“I do not take this step lightly,” House Oversight Committee Chair Elijah Cummings (D-MD) said in a Wednesday letter to committee members about his intent to issue subpoenas. “Over the past several weeks, the Committees tried several times to obtain voluntary compliance with our requests for documents, but the White House has refused to engage with — or even respond to — the Committees.”

Cummings is issuing a broad demand for documents relating to Ukraine and the Trump administration’s effort to conceal records related to Trump’s phone call. And he’s working in tandem with other House committees; while the House Intelligence Committee is technically taking the lead on Democrats’ impeachment inquiry, Cummings has been working closely with both that committee and the House Foreign Affairs Committee in the investigative work. On Monday, the three committees issued a subpoena for Trump’s personal lawyer Rudy Giuliani — a key figure in the investigation due to his work in Ukraine.

In a Wednesday press conference with House Speaker Nancy Pelosi, Intelligence Committee Chair Adam Schiff (D-CA) said the committees are trying to work quickly and avoid stonewalling from the administration, which has made it a habit to reject requests Democrats have made as part of other oversight investigations.

“We’re not fooling around here, though we don’t want this to drag on months and months and months which appears to be the administration’s strategy,” Schiff said. “They just need to know that even as they try to undermine our ability to find the facts around the president’s effort to coerce a foreign leader to create dirt he can use against a political opponent, they will be strengthening the case on obstruction if they behave that way.”

The House is out on recess, but its committees are still at work

It’s going to be a busy week for the House Intelligence Committee, even though Capitol Hill is pretty empty because senators and members of Congress are out on break.

“We are proceeding deliberately, but at the same time we feel a real sense of urgency here that this work needs to get done, and it needs to get done in a responsible amount of time,” Schiff told reporters on Wednesday.

His committee has a lot on its schedule in the next two weeks. Yesterday, former US Ambassador to Ukraine Kurt Volker gave a deposition before the House Intelligence Committee, behind closed doors. Volker resigned last week after his name appeared in the whistleblower complaint about Trump’s phone call with Zelensky.

Then on Friday, the inspector general of the intelligence community, Michael Atkinson, appeared before the committee. Atkinson, a Trump appointee, first alerted congressional intelligence committees of the whistleblower report and is someone lawmakers are eager to speak with. Atkinson’s appearance was a closed session, but Schiff said after the hearing that the committee “explored … the reasons why he found the whistleblower complaint to be both urgent and credible.”

Next week, the three committee are also expected to depose former US Ambassador to Ukraine Marie Yovanovitch, who left her job in May; Yovanovitch was initially scheduled to appear before the committees this week. With the Monday subpoena, the committees have made it clear they also want to speak to Giuliani. They’ll be looking closely at other Trump administration officials including Attorney General William Barr and Secretary of State Mike Pompeo, as well.

Schiff and Pelosi gave no exact date on when they hope to wrap the investigation up; Schiff said his committee was trying to balance a thorough investigation with working expeditiously.

“We have to be worthy to the Constitution as we go forward,” Pelosi said. “We have to be fair to the president which is why this is an inquiry, not an outright impeachment.”

In its sixth episode on the impeachment scandal, our podcast explains how Ukraine finds itself at the center of the American political drama, yet President Trump is the least of the country’s worries.

Looking for a quick way to keep up with the never-ending news cycle? Host Sean Rameswaram will guide you through the most important stories at the end of each day.

Subscribe on Apple Podcasts, Spotify, Overcast, or wherever you listen to podcasts.