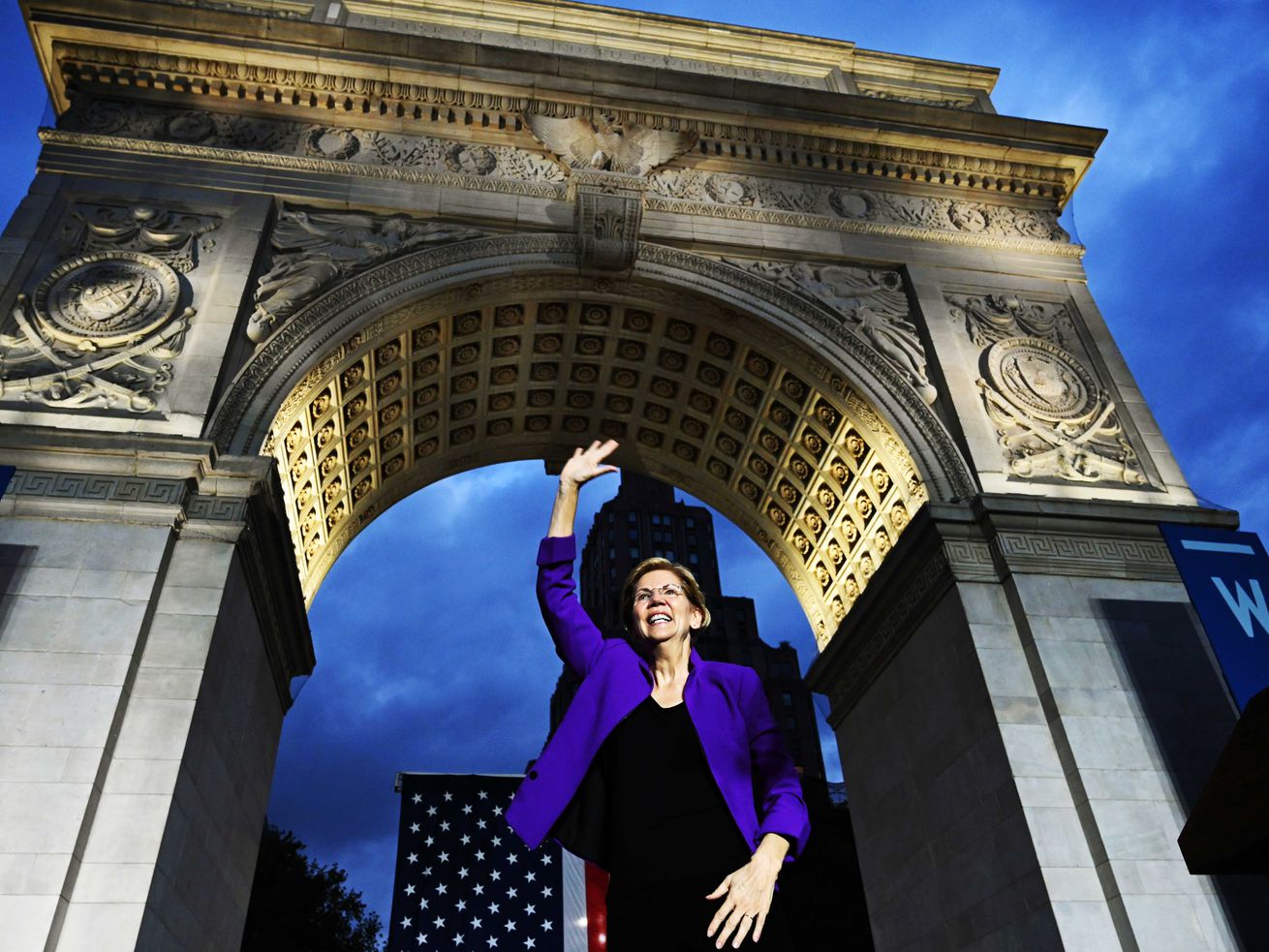 Slow but steady is winning her the race.

Sen. Elizabeth Warren now holds a slight lead in national polls of the 2020 Democratic primary, according to the polling aggregation site RealClearPolitics — the first time that she, not former Vice President Joe Biden, has led the race. 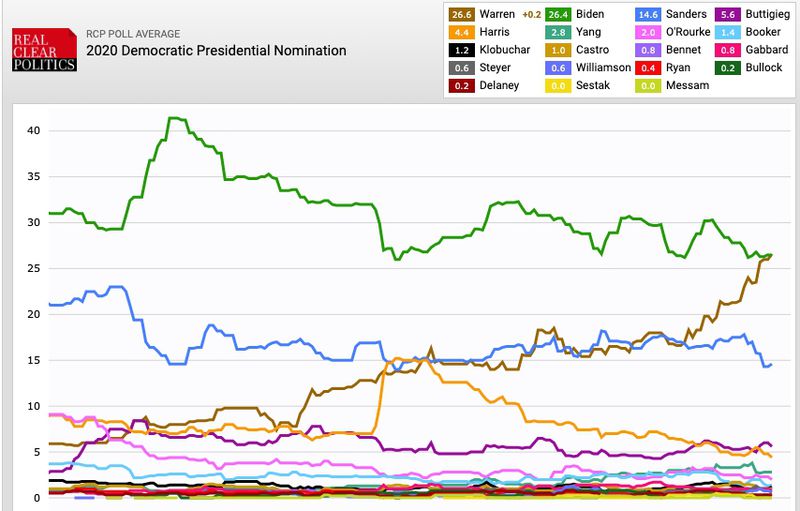 Warren’s new lead in national polls comes on the back of a Quinnipiac poll, released on Tuesday, which shows her leading the Democratic field: 29 percent of registered Democrats and Democratic-leaning voters said they would vote for her if the primary were held today. Former Vice President Joe Biden, now in second place, received 26 percent of the vote in the same poll. Sen. Bernie Sanders (I-VT), typically considered the other frontrunner in the race, had 16 percent.

The poll’s questions about the Democratic primary had a margin of error of 4.7 percentage points, so Biden and Warren are in a very close race. Notably, Warren also appears to be the only candidate with a steady upward trend in the RealClearPolitics polling average.

Warren has led in four of the five most recent polls averaged by RealClearPolitics, although in many cases her lead is still within the margin of error.

Warren is outpacing Biden in the polls just as she’s also gaining a significant fundraising lead on the former vice president. In the third quarter of 2019, Warren raised just shy of $25 million dollars, placing her slightly behind Sanders’s fundraising total for the quarter and well ahead of Biden’s haul of only $15.2 million.