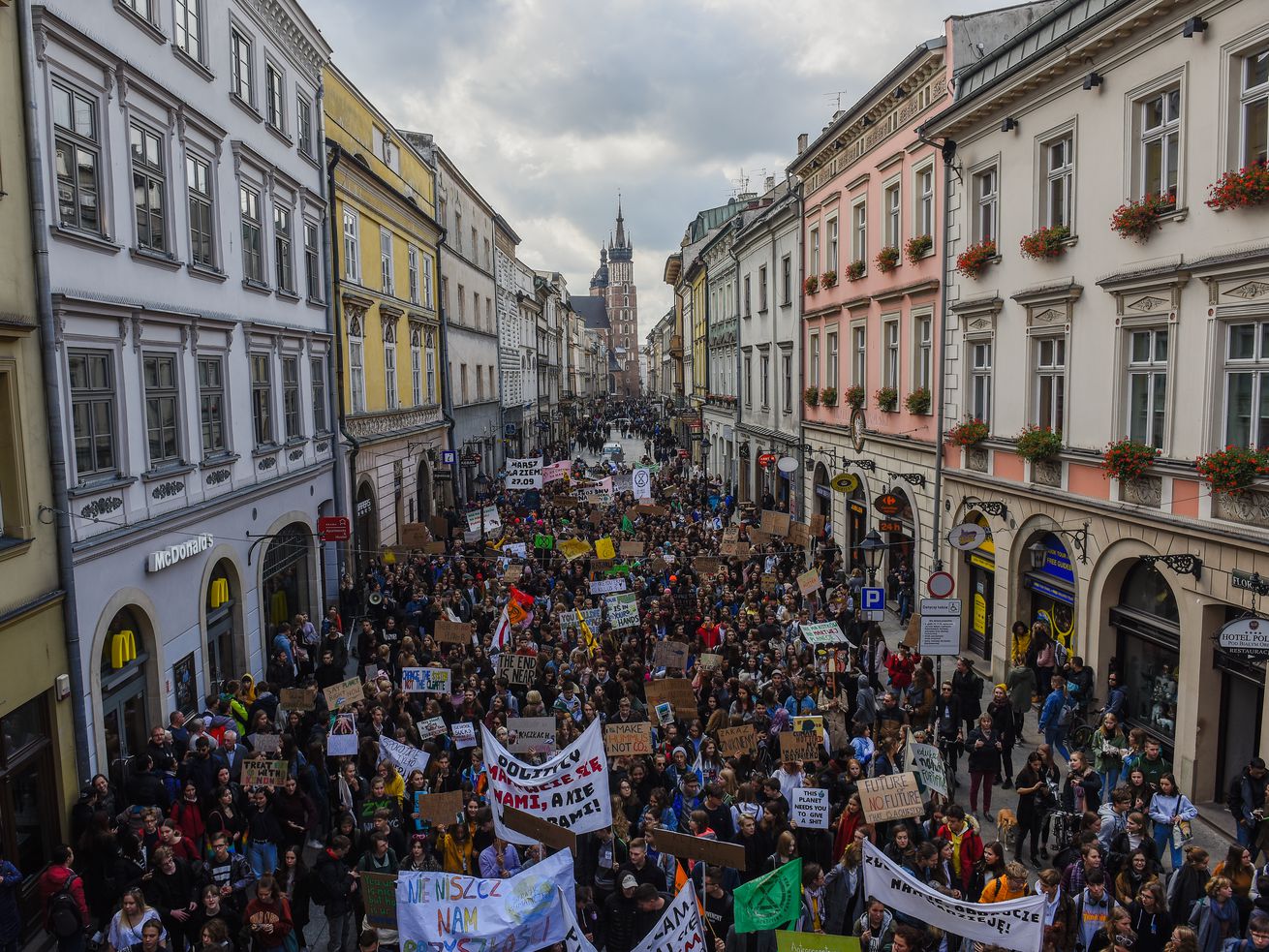 It was likely the largest climate protest in world history.

This story is part of Covering Climate Now, a global collaboration of more than 250 news outlets to strengthen coverage of the climate story.

Friday was a truly historic day for the potent new social movement committed to sounding a global alarm about the climate crisis. The Global Climate Strikes, inspired by Swedish climate activist Greta Thunberg, age 16, may end up being the largest mass protest for action on global warming in history.

The exact number of participants worldwide will be hard to get. But the event was truly global and astonishingly well organized: There were over 2,500 events scheduled in over 163 countries on all seven continents.

One year and one month apart pic.twitter.com/f2URDOVFm2

And according to 350.org, a major environmental advocacy group and a co-organizer of today’s events, more than 4 million people worldwide took part.

(You can see photos of the strikes around the world here.)

Again, those numbers come from the event organizers so take them with a grain of salt. That said, it’s clear that Friday’s actions were enormous and spanned the globe. Kids and adults were protesting from Uganda to India, from Peru to Grenada, from Spain to Anchorage. There was even a small demonstration on the Antarctic continent. Another strike is planned for September 27.

China, the largest emitter of greenhouse gas emissions, was noticeably absent from the images of protesters shared by Thunberg and other organizers on Twitter. According to the Guardian, “No protests were authorized in China … but Zheng Xiaowen of the China Youth Climate Action Network said Chinese youth would take action one way or another.”

“Chinese youth have their own methods,” she said. “We also pay attention to the climate and we are also thinking deeply, interacting, taking action, and so many people are very conscientious on this issue.”

But it was inspiring to see so many young people — people who may live to see a radically different world in the second half of this century — tell the grownups of the world to heed the warnings of scientists and limit devastating warming by accelerating decarbonization in the next decade. On Monday, at the UN Climate Action Summit, we’ll find out how many were listening.

NYCs massive #ClimateStrike march has begun, from Foley Sq down Centre St to Chambers St across to Broadway… and down to the Battery! Thank you @ClimateCrisis and everyone else marching! pic.twitter.com/WUpeRP0ZQS

And eventually, an independent tally of participants will come. Researchers are working on their own estimates of the crowd size.

In 2017, Crowd Counting Consortium was launched by Erica Chenoweth, an expert on civil resistance at Harvard, and Jeremy Pressman, a political scientist at the University of Connecticut, as a public service project to document the scope of the Women’s March.

“Documenting the women’s march in real time, we learned how important it was for people to be seen, witnessed and counted,” Chenoweth and Pressman wrote in a Washington Post article.

They are currently collecting data on the September 20 climate strikes in the US and parallel events around the world. Eventually, they’ll have estimates of the total crowd size from September 20 to share.