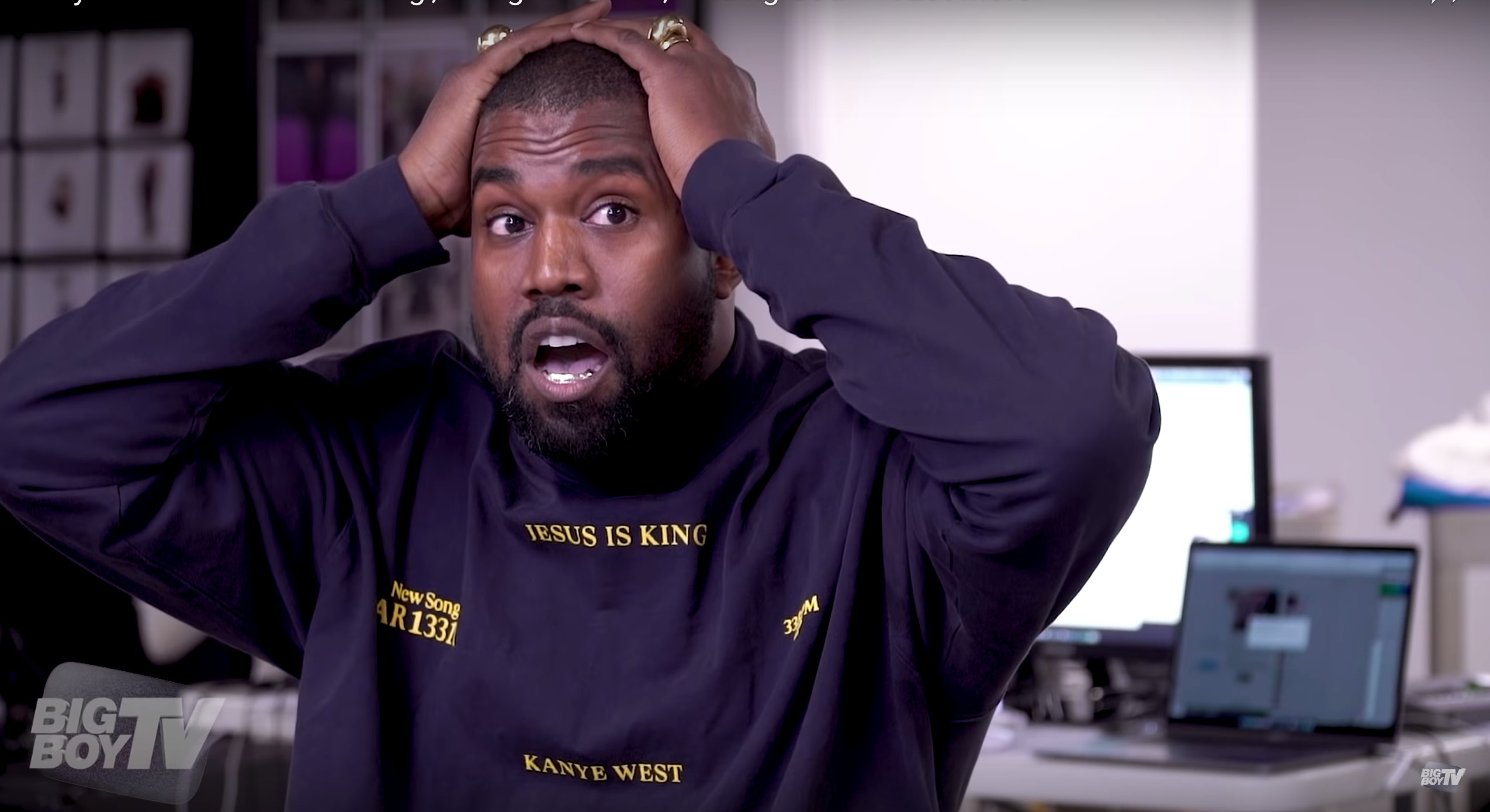 Kanye West sat down for an interview with radio host Big Boy over the weekend to publicize his latest album, Jesus Is King, which finally dropped this past Friday. It was his normal stew of quasi-coherent blusterings about faith and fame until Big Boy asked West about politics, and the rapper launched into allegations that Democrats have brainwashed black America.

This is a free man talking, West said. Democrats had us voting Democrats for food stamps for years, bro. […] Guns in the 80s, taking the fathers out the home, Plan B, lowering our votes, making us abort our children.

The rapper said he didnt want to tell yall how to feel about politics. Im not telling anybody to not vote Democrat. I love Obama, West added, perplexingly. He mainly seemed frustrated by the notion that supporting Trump was a betrayal of the black community. “The most racist thing a person could tell me is that I’m supposed to choose something based on my race, West said. Just last week, West called wearing a MAGA hat, Gods practical joke on all liberals.

The new album has received mixed reviews from critics, but Jesus Is King has at least one bonafide fan: the presidents son, Donald Trump Jr., who tweeted that the record is the epitome of fearless creativity and dangerous, unapproved ideas. Leftists always try to silence those who are speaking truth. Theyre waging a war on our family and culture. Kanye is a pioneer.

West claims God brought him the hardest year of [his] life and said, Are you ready, my son? (He means 2018, the year he donned his MAGA hat and claimed slavery was a choice. Man, thats a lot on my health, Ye confided to Big Boy.) He says what emerged from that year was his renewed devotion to God and the new album, Jesus Is King. Kanyes year of hardship was one of his own making, though; it seems crass to compare the shackles of fame and recording contracts to the actual hurdles faced by black Americans past and present but thats exactly what West did.

We are African-Americans still dealing with modern-day slavery, he said. We still have record contracts, publishing deals, touring deals, management deals, radio deals Ah yes, if only every disenfranchised American were unburdened of their numerous book deals and record contracts. Then we would all be truly equal.