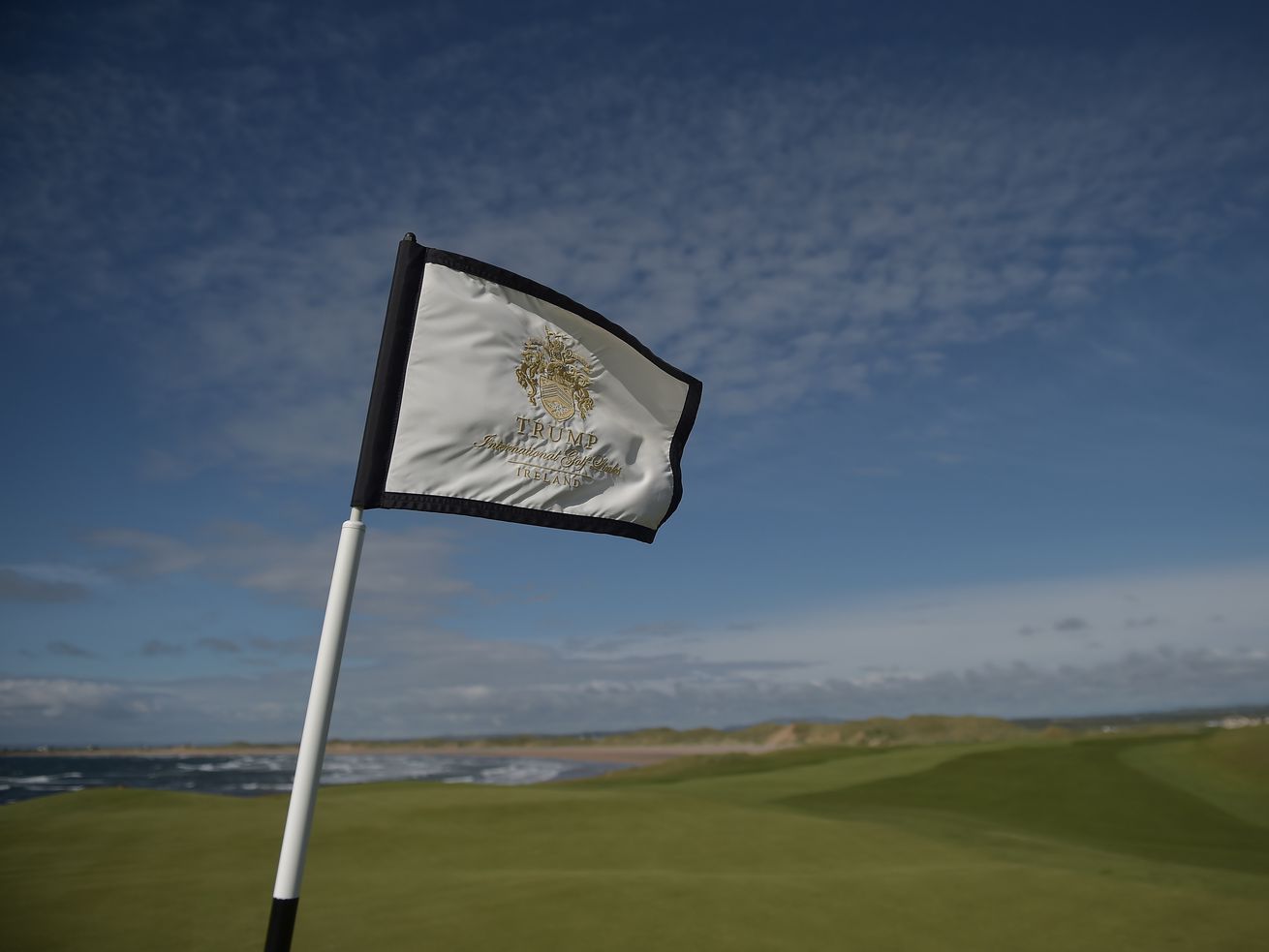 Mike Pence is staying three hours outside of Dublin so Trump can make money.

President Donald Trump canceled a planned state visit to Poland on Thursday, saying his presence was needed in the United States to deal with Hurricane Dorian. But he actually went golfing. This was an unfortunate choice, more as a superfluous diplomatic insult than as a situation where the president’s input was substantively needed. To the extent that he did anything at all related to the hurricane he mostly contributed confusion by saying, falsely, that Alabama was in the path of the storm.

Though all recent presidents have had a somewhat inexplicable love of golf, when Trump goes golfing it’s different from normal presidential golfing because he golfs at luxury golf clubs that he owns.

This means that when the White House senior staff and the Secret Service do things like rent golf carts to ensure that the president remains safe and well-briefed while on the links, it’s not just an expenditure of public funds but an expenditure that directly lines Trump’s pockets. This just about the most straightforward example of political corruption that one can imagine. (When it turned out that Baltimore Mayor Catherine Pugh was making companies that contracted with the city buy copies of her book, she was drummed out of office almost immediately.)

But in the United States of Trump, it wasn’t even the most egregious golf-related act to stem from the ill-fated trip to Poland. Yet nobody in any position of influence in politics seems to be trying to do anything about it.

While Trump spread misinformation and panic between rounds of golf, Vice President Mike Pence went to Poland in Trump’s stead. His team decided that it would make sense for him to stop over in Ireland on his way back, stay two nights, and do a day of meetings in Ireland between. The meetings are, of course, in Dublin, which is both the capital of Ireland and by far its largest city.

But Pence, curiously, is not staying in Dublin. Instead, his two nights will be spent at a Trump-owned luxury resort that’s about a three-hour drive away from the capital city — the plan is to commute cross-country by air to make the meetings work. 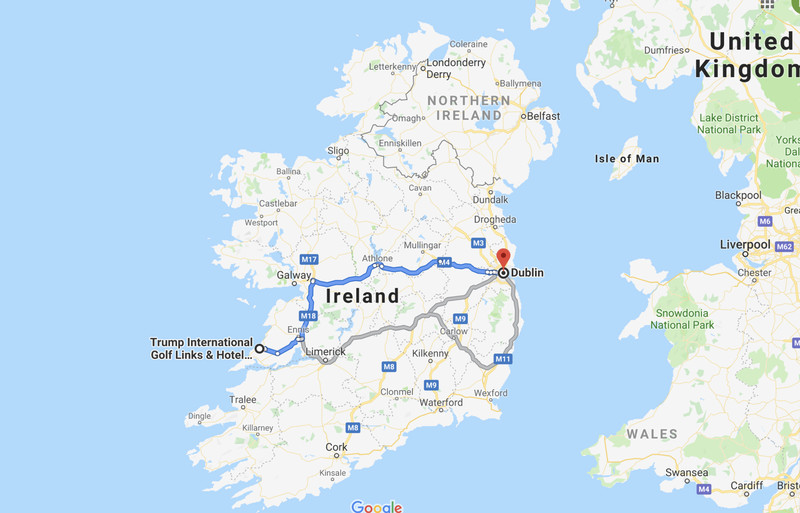 In distance terms, this is like staying at a hotel in Baltimore for your business trip to New York.

Except, of course, that the scandal here is not bad transportation logistics but the theft of public funds. The true analogy to what Pence is doing would be something like stealing money from the office expense account and using it to bribe your boss to give you a good performance review. Then to make it three, this week we also learned the news that Attorney General Bill Barr is paying $30,000 for the privilege of hosting a party at the Trump hotel in DC.

But I’m hung up on the Pence story and on Trump’s habit of staying at his own clubs at taxpayer expense because in comparison to the bribery side of Trump’s corruption, the outright theft is just so straightforward. There is no holder of any office in America who would be allowed to steer public funds directly to entities he controls. It’s not that this kind of corruption is unheard of by any means. What’s so shocking about it is that it’s common enough that we have tons of precedent for the idea that it’s unacceptable. The Pugh case happened to be recent and relatively high profile, but the IRS’s list of public corruption prosecutions is littered with examples of relatively minor officials going down for this sort of thing. But in Trump’s Washington it’s become kind of routine.

Democrats could use some creativity

Looking back on the Robert Mueller era, one of the oddities of the special counsel’s investigation was the allure of secrecy. We didn’t know whether there was some explicit quid pro quo between the Trump campaign and the Russian government, so uncovering one would have been big news. By the same token, if an investigator discovered that a president had been secretly steering thousands of dollars into companies he secretly owned that would be a major scandal.

But Trump has been stealing public funds out in the open from the beginning of his presidency which has tended to somewhat diminish the impact of the story relative to potentially secret scandals. There’s nothing secret about his push to host the next G7 summit at his own luxury resort in Florida, for example, but it’s extraordinarily scandalous.

There have been some worthy attempts in the media at tracking this abuse. NBC calculated that Trump spent 295 days of his first 956 days in office at his own hotels. HuffPost put the overall tab on the president’s golf outings at $102 million as of May, with a majority of that seemingly going directly to clubs he owns.

Yet public officials are not stepping up. Any other official at any other level of government would be fired if not prosecuted. It’s so obviously worthy of impeachment — the president can’t just grab public money and stuff it into his pockets — that there’s barely anything to investigate.

Equally obvious, he’s not going to be impeached over it. Republicans won’t convict Trump of anything, Democratic leaders don’t want to push an impeachment process that polls poorly, and those who do favor an “impeachment inquiry” have something more complicated in mind than standing up for the obvious principle that the president can’t line their pockets.

But while the reluctance to pursue the impeachment path is understandable, what’s striking is the total sense of apathy Democrats have displayed regarding this issue. There have been no message bills to bar people with business before the government from spending money at hotels, restaurants, and clubs owned by the president. There was no appropriations rider to bar the expenditure of public funds at Trump properties. And there certainly hasn’t been an effort to engage the mass public in things like protests or acts of civil disobedience at the locations in questions — locations which are, after all, located primarily in blue states where local authorities would be reluctant to take Trump’s side aggressively.

The president’s unpopular, of course, and there are decent odds he’ll just lose in the face of this rather lackadaisical approach. But then again, he might not lose. And either way, letting a form of gross — albeit petty — corruption go nearly unremarked seems like a dangerous precedent for the future.