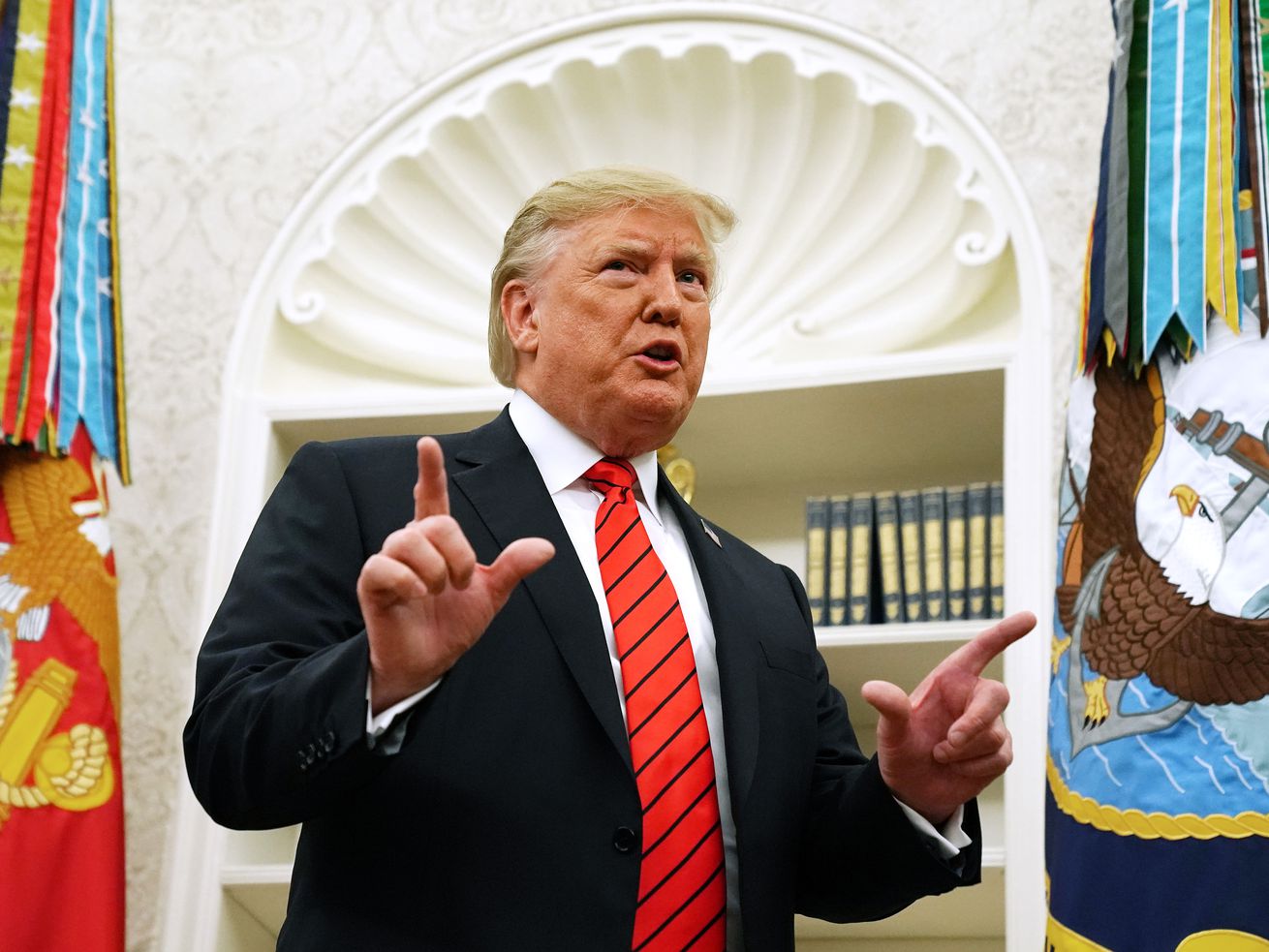 President Donald Trump answers a reporter’s question about a whistleblower after an event at the White House September 30, 2019 in Washington, DC. | Chip Somodevilla/Getty Images

President Donald Trump tweeted on Tuesday night that the Democrats’ investigation into the Ukraine scandal “is not an impeachment, it is a COUP” — an authoritarian rhetorical escalation that shows how unstable American politics could become as the impeachment process goes on.

By labeling impeachment a “coup,” Trump is attempting to label it illegitimate — arguing that it’s an attempt to nullify the will of the voters, and thus undemocratic. If Trump is actually removed from office, it’ll happen because a majority of the House impeaches him and two-thirds of senators vote to kick him out. That result is unlikely, and it’s hardly undemocratic.

But the logic of Trump’s tweet is less important than the message it sends to his most hardcore supporters.

As I learn more and more each day, I am coming to the conclusion that what is taking place is not an impeachment, it is a COUP, intended to take away the Power of the….

….People, their VOTE, their Freedoms, their Second Amendment, Religion, Military, Border Wall, and their God-given rights as a Citizen of The United States of America!

By arguing that impeachment is tantamount to a coup, Trump is essentially saying it needs to be fought as if it were a coup — essentially saying that a democratic vote to remove him can never be acceptable, because he is the true voice of the people. It’s a classic authoritarian populist move: claiming to speak for the True People and implying those who disagree are not real Americans.

When you combine this with his recent tweets accusing Rep. Adam Schiff of “treason” and musing about a “Civil War like fracture” in the event that he’s impeached, you have a president who’s talking like a petty dictator on the verge of being toppled by protesters.

Trump tweets ridiculous things all the time, of course, but this sort of language is particularly scary. It’s rhetoric of a leader trying to whip up his supporters into a frenzy, something that’s much easier to do when emotions are running high at the beginning of a contentious impeachment process. When a leader labels his opposition illegitimate enemies of democracy at a time like this, he’s lighting a match in a room that’s being filled with gasoline.

What message will Trump’s most ardent supporters take from this? How much more aggressive will Trump’s rhetoric get as the impeachment process goes on? And if he’s removed from office, either by impeachment or 2020 defeat, will he really be able to accept a loss — or will he regard it as a “coup,” and respond in kind?