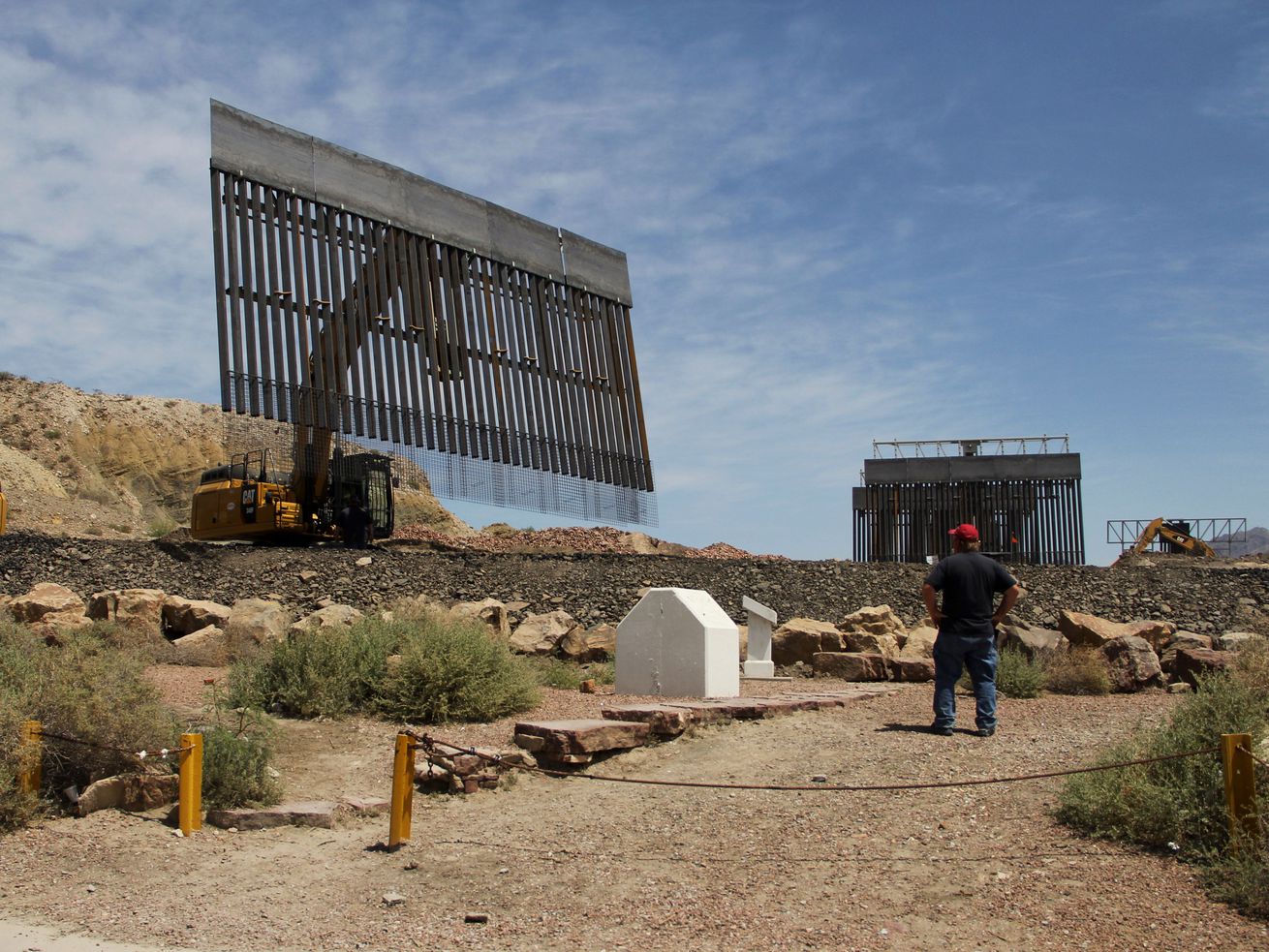 Smugglers have found that all you need to cut through the wall is a $100 saw.

President Donald Trump promised a wall on the border would radically change undocumented immigration and customs enforcement. But it turns out newly built sections of the president’s wall aren’t as sturdy as he promised: Smugglers have been using a commercial saw to cut through it, according to the Washington Post.

Smuggling people and goods into the US is a profitable industry for criminal organizations, which is why they are motivated to innovate when it comes to breaching barriers. Of late, smugglers have reportedly been cutting through the wall — which is made of steel bollards that are partially filled with concrete — to make gaps large enough for people and goods to pass through.

To do so, smugglers are reportedly using a reciprocating saw that can be bought for as little as $100. The tool can cut through the wall’s steel and concrete in minutes when fitted with the appropriate blades, Customs and Border Protection (CBP) agents have said.

After cutting the steel bollards, smugglers have taken to returning them to their original positions in hope of reusing the passage without being detected by border officials.

Agents now reportedly patrol the wall in search of defects, which are mended. However, those repaired sections of wall are prime targets for smugglers, as it is easier to cut through the welded metal than it is to make new cuts. And the repair policy has also been targeted by smugglers who attempt to fool agents into believing a severed bollard has been fixed by applying putty to the site of the cut.

All of this should be unsurprising to the Trump administration. NBC News has reported border barrier prototypes tested in 2017 were found to be vulnerable to reciprocating saws. At the time, CBP spokesman Ralph DeSio argued that no wall, however well designed, would be impenetrable.

That didn’t stop Trump from touting the wall as “virtually impenetrable” when he visited a construction site close to San Diego in September, according to NBC News. At the time, he said the wall — which has cost roughly $10 billion so far and has been mostly funded by taxpayers — would successfully block human traffickers from entering the US. He added that not even world class climbers would be able to scale the structure, especially because the materials that comprise it would become too hot to hold in the desert sun.

Yet smugglers have also found ways of climbing the wall. A method that involves using rebar ladders to scale one side and rope ladders to descend the other has become especially popular near San Diego, despite the risk of falling from the height of a three-story-building (the barrier can be up to 30 feet tall).

It is unclear how many breaches there have been so far because the US government has yet to disclose any incidents. Some officials who spoke to The Washington Post anonymously played down the situation, saying there had been only “a few instances” and the wall has “significantly increased security and deterrence.”

The reality, however, is that no single physical barrier can completely stop smugglers — even CBP officials acknowledge that. Trump did as well Saturday, ahead of a trip to a UFC fight in New York.

“We have a very powerful wall,” the president told reporters. “But no matter how powerful, you can cut through anything, in all fairness. But we have a lot of people watching. You know cutting, cutting is one thing, but it’s easily fixed. One of the reasons we did it the way we did it, it’s very easily fixed. You put the chunk back in. But we have a very powerful wall.”

The solution, officials say (and as Trump suggested by mentioning that there are “a lot of people watching”), is to augment the wall with surveillance technology and border agents on the ground who can combat smugglers. Without such a system, smugglers won’t be deterred, they said.

For Trump, however, this reality may not matter much: As he showed Saturday, Trump has little difficulty twisting the wall’s shortcomings into strengths. And overall, the wall’s effectiveness is perhaps less important than its existence, which allows the president to truthfully say he has made good on a signature campaign promise.

“Build the wall!” has been a Trump catchphrase since his time on the campaign trail in 2016. It was a successful slogan that rapidly spread among his base and became an actual policy when Trump became president.

And as his presidency has progressed, he has not stopped talking about the wall: He’s often brought it up during speeches, presenting it as the solution to immigration reform.

Funding it has been an issue, as Mexico has refused to pay for it, despite Trump promising that nation would. Instead, he’s pressured Congress to fund the project, which led to a government shutdown and a declaration of a national emergency in February. He attempted to pull money slated for other projects for the wall, and has faced backlash and lawsuits for doing so. Despite these setbacks, Trump was able to get some funding for his border projects from Congress and appropriations; construction on the wall continues — for Trump, this is a major win.

And it is one that he is not hesitant to discuss when addressing his base. On Friday, for instance, during a rally at Mississippi, Trump said almost 500 miles of the wall would be built by the end of next year — an announcement that received a roar of applause from the audience.

Recent reports would seem to disprove this claim.

The fact that Trump’s wall isn’t as invincible as he made it out to be is unlikely to hurt the president, however. The wall has always been about his achievements as president — in physical form. He promised a wall, a wall is being built, and voters can expect to continue to hear about it during the 2020 election.